PART I: Soldier’s wallet, lost in the 1950s, is found at Camp Roberts 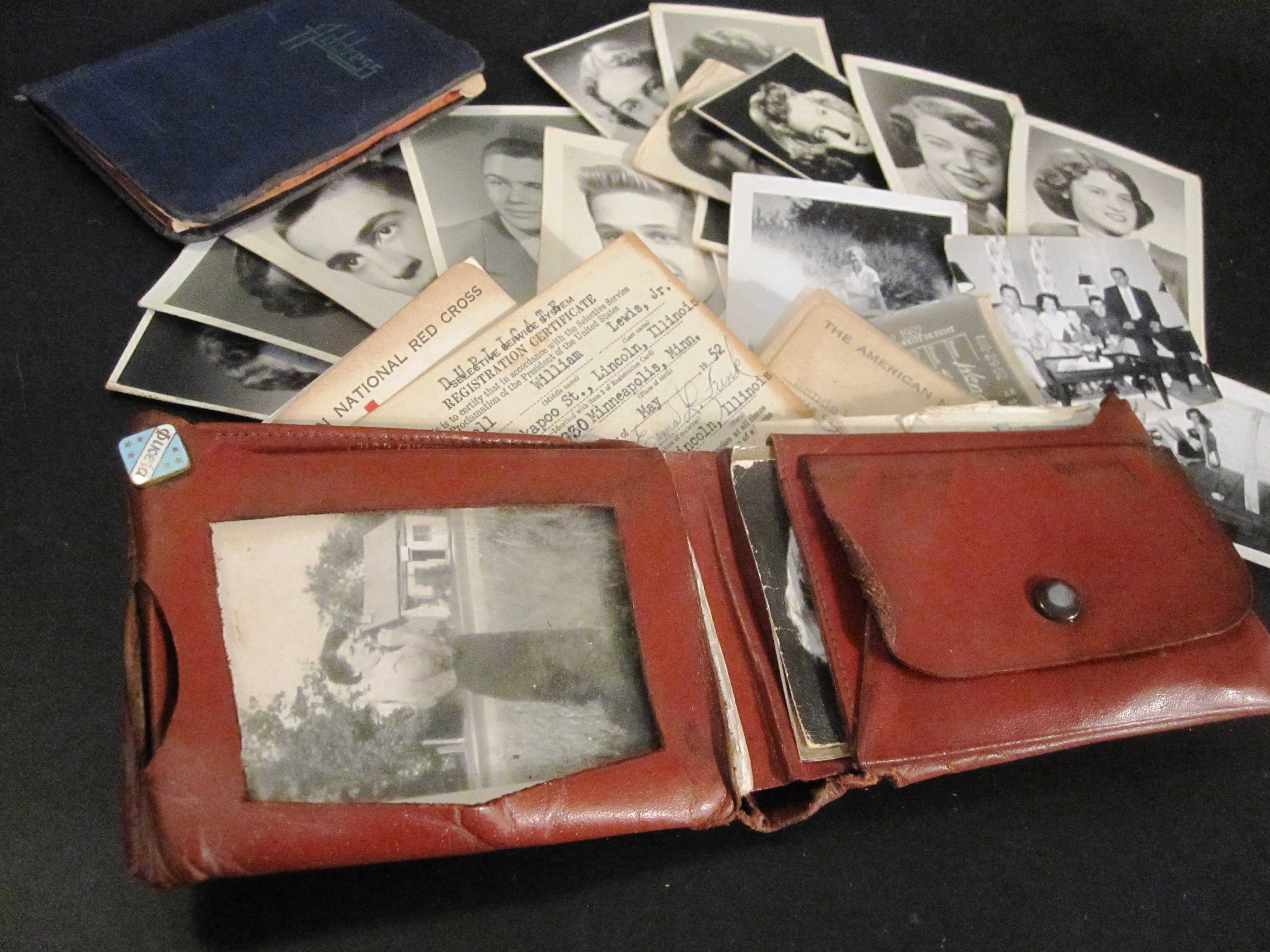 Gems of the past tucked neatly into the folds and pockets of a caramel leather bifold that has survived the passage of time by being hidden away until now contained enough clues to find the Camp Roberts soldier who lost it nearly 60 years ago during the Korean War.

The wallet — full of black-and-white photos, a small blue address book penned with names and other treasures — was found this month at the National Guard base just north of San Miguel when construction crews removed a bathroom ceiling in Barrack Building No. 5104 during renovation work. They think it was hidden in a crevice.

Unfortunately, after the camp’s museum researched the wallet’s owner, an obituary appeared on the Internet.

“It’s so sad that he passed away so recently. He will never know we found it,” camp museum curator Gary McMaster said.

“But it will be so nice for his family to see it now, especially since it’s in such beautiful shape. Now they can have this wonderful thing to remember him by after all these years.”

The wallet is the most recent find at the camp, where about two dozen lost wallets that belonged to soldiers from the World War II era to the 1970s have turned up.

It’s common knowledge at the camp that wallets were likely stashed away after being stolen by other soldiers who hid the evidence of their crimes in air ducts, under floorboards and behind walls in the rooms they shared while training for war.

“Not everybody in this world is honest, especially when they find themselves drafted and there’s problems at home and they need money,” McMaster said.

Lewis’ wallet, which McMaster says is one of the most pristine among those found in previous years, also contains Lewis’ Army ID card from 1953, two American Red Cross water safety instructor cards and an authorization document to allow for money to be taken out of Lewis’ checks for his mother, Veronica C. Lewis of Lincoln, Ill.

Three pennies were found in the coin purse.

Lewis’ full name, date of birth and hometown found on papers inside the wallet match the information on the obituary from his hometown.

“Also, the obit cites his nickname Windy, and Windy is written in the cover of his address book in the wallet,” McMaster said.

According to the obituary, his wife, Jill, and two daughters, Cindy and Stephanie, seven grandchildren and two great-grandchildren survive him. The article says his wife’s maiden name is Jill A. Tremper, originally from Sandwich, Ill.

The museum hadn’t found contact information for the family as of Friday.

The obituary said Lewis entered the Army as a private in January 1953, also a match, and that he was assigned to the Army’s special services as a lifeguard because he had background as a water safety instructor.

After the Army, the obituary says, Lewis graduated from Illinois Wesleyan University while working at State Farm Insurance. In 1961, he opened Spruce Up Men’s Clothing Store in downtown Lincoln, which he owned and operated for 17 years.

After closing his store, Lewis reportedly worked as a fiscal monitor for the state of Illinois.

“From all the information in the obituary, there is no doubt that the wallet belonged to Mr. Lewis,” McMaster said.

The search is now on to find Lewis’ family and reunite them with their piece of lost history.

The search has also sparked new hope for McMaster that he will be able to find the families of two other soldiers whose wallets were left at the camp.

He keeps the wallets in a display case at the museum.

“We stand a better chance of taking this cold case and heating it up a little,” he said.