Creekside discovery leads to a trove of possibilities 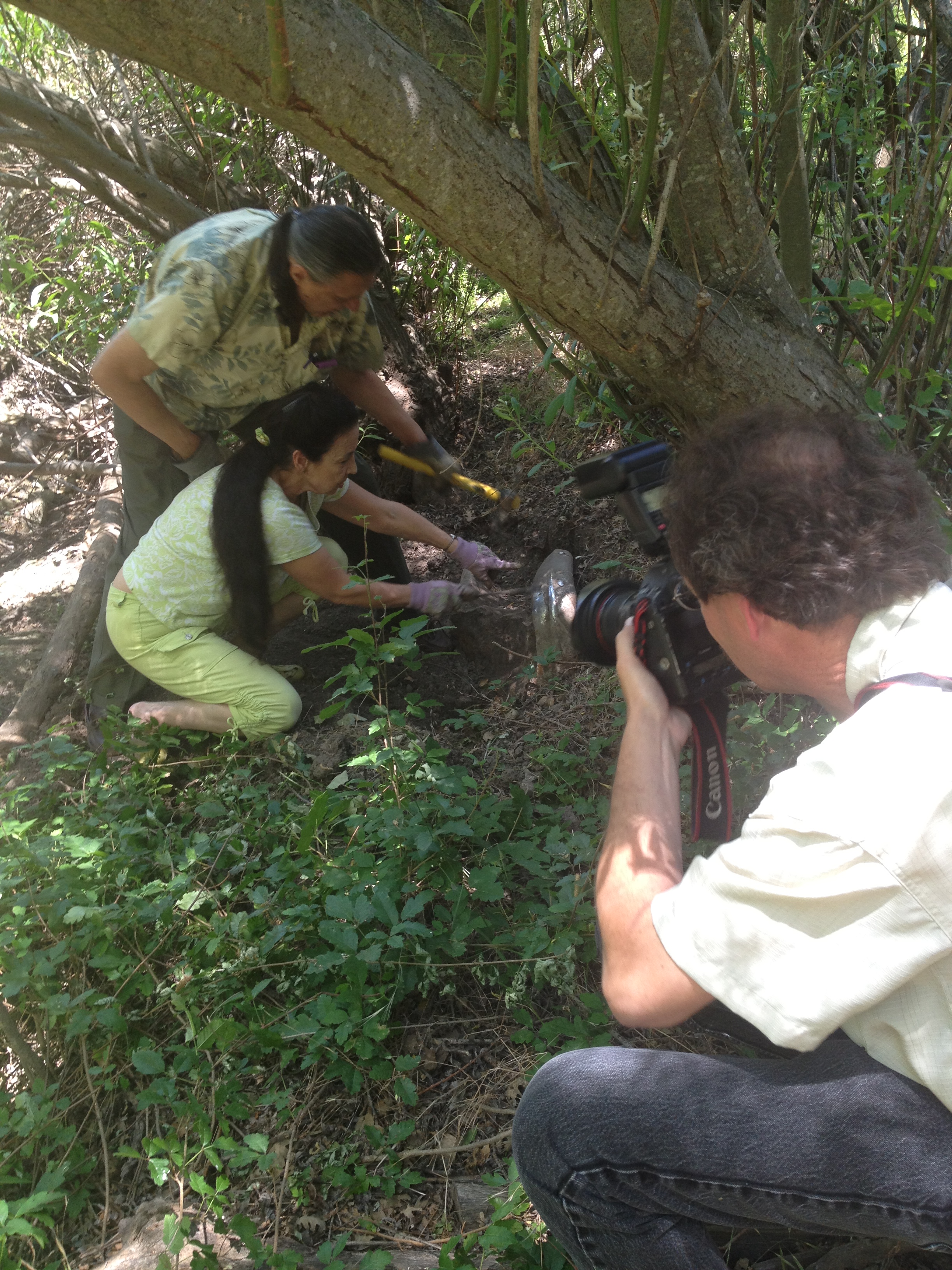 LaVonne Rae and Don Welsh of Templeton are unearthing a mystery. They believe a vintage car, maybe from the 1940s, is buried in a creek near their house.

So far, their only guiding clue is the cool reflective gleam of a chrome bumper attached to something buried deep into the ground, with thick tree roots twisting around it.

“I think it’s been here a long time,” LaVonne Rae Welsh said as she fitted her small hands with a pair of garden gloves and pushed dry clumps of dirt away from the object. “I’ve got the bug now. I really just want to know what it is.”

Last week, the Welshes — a couple that ministers the small church at Seventh and Crocker streets in Templeton — were giddy with excitement over what the mystery could be: a getaway car stashed with money? A poor soul who drove off the road and into a swollen creek never to be seen again? Or, just another pile of discarded junk?

“I think it’s fun,” LaVonne Rae Welsh said. “I’d like to know the end of the story.”

The Welshes’ bumper mystery began on a recent afternoon walk. They decided to trek what locals call Toad Creek Trail, a stretch of dirt path just off Florence Street on Templeton’s east side that San Luis Obispo County has mapped out for future trail connections.

The couple had walked the wooded area below Highway 101 before, but that day they decided to pick up the trash and clutter that others before them had left behind. As they meandered farther south, picking up plastic straws and crumpled papers along the way, they came across a tattooed man carrying three large tools.

“He saw us staring and said, ‘Look what I found,’ ” LaVonne Rae Welsh recalled.The man led them a short distance to the dry bed of Toad Creek, a seasonal waterway that winds through town and eventually feeds into the Salinas River.

“He noticed a little brightness and then started digging,” Don Welsh said of the tale.

At first, the man, who could not be identified, apparently noticed a circular rivet from the bumper in the sunlight. As he investigated further, he discovered that the little rivet was attached to a full chrome bumper. The man had apparently then wanted to bring the treasure with him, but the bumper was stuck, attached to something hard.

“We were fascinated,” LaVonne Rae Welsh added. “And then (the man) said, ‘Oh well, it’s all yours.’ ” And the man went on his way.

Since then, the couple has indulged their appetite for mystery with what could be. Drawn to stories of Templeton’s historical roots to the wild West in the late 1800s, they imagined the backcountry adventurers that the original settlers’ descendants would become.

They’ve pictured a vintage car in that creek, one where thieves stashed away money. But, for whatever reason, the thieves were forced out of town with heavy hearts, unable to return to the site to retrieve their bounty.

They thought of a dreadful crash: pinpointing the exact curve on Highway 101 where a driver, so long ago, lost control and slid down the embankment, diving nose first into the creek and out of sight forever, hoping they escaped without harm.

“It definitely triggered our imagination,” Don Welsh said with a smile.

The San Luis Obispo County Sheriff’s Office is looking into the discovery. More research will determine whose land it’s buried in and whether authorities suspect that a full car is buried there.

Because the bumper, and whatever is attached to it, lies in a creek bed, there’s a host of agencies — including local, state and environmental — that would have to be involved if officials should decide to exhume the object.

Until then, the Welshes are happy to dream.