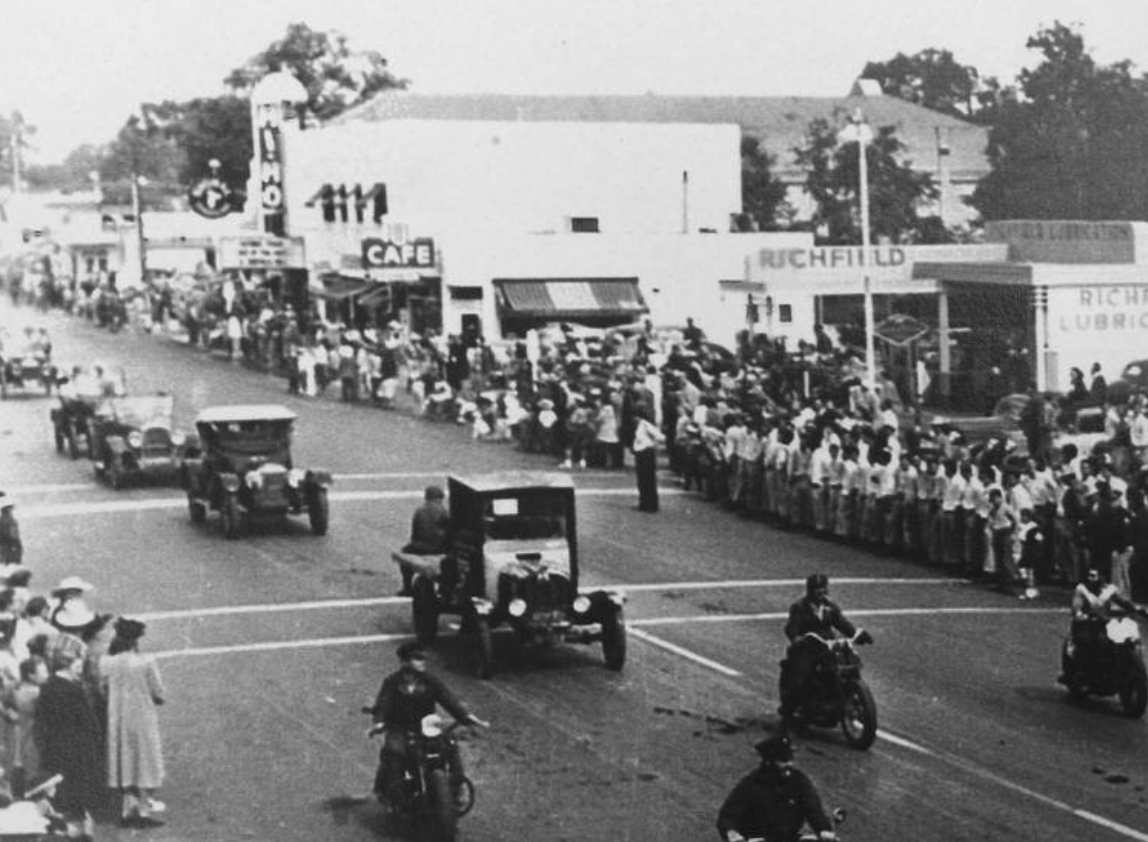 Kerry Drennan remembers being a young boy in the 1950s, peering over a wooden railing from the balcony seats at Paso Robles’ Fox Theatre and seeing many of his favorite films projected onto the big screen below.

“I would always get popcorn and Coke and those nickel suckers that would last three days,” the 64-year-old recalled on a recent morning.

Drennan is not alone in the nostalgia; many others recall fond memories of the former movie house on Spring Street — memories that have been woven into the narrative of a quintessential childhood of growing up in Paso Robles.

Those recollections are getting stirred up once again now that the building at 1436 Spring St., which has sat vacant since the mid-1980s, has been listed for sale after many years off the market.

The Fox Theatre — and before it, the HiHo Theatre and a Veterans of Foreign Wars legion hall — is one of several buildings of significance that helped shape the city’s history. But it’s the only one that’s stood vacant for the past three decades.

“I get calls from people who just want to see inside,” said Keith Gilliss, a broker with thePrime Commercial California real estate firm. “They say, ‘I’ve lived here forever, and I’ve always wondered.’ ”

Gilliss represents John Turano, a former Paso Robles resident who now lives in San Francisco. Turano bought the building in 2001 to turn the space into a special-events venue for wedding receptions and the like, according to Tribune archives. An engineer who worked on the building said the space was gutted in 2002 to make way for the project, which was also to feature rooftop dancing.

But the concept never took shape, and the building remained empty.

Then, in 2005, Turano was in escrow with two buyers who planned to turn the Fox into a nonprofit performing arts center. But escrow failed, and the buyers pulled out.

When the recession hit, Turano took the former theater with its iconic marquee off the market. He relisted it in October for $490,000. As of Friday, no offers had been extended, but Gilliss said several investors have visited the site and a letter of intent may be forthcoming.

Turano has met with an architect to develop conceptual uses for the building such as a restaurant, night club, offices or another theater.

On a recent afternoon, light from the street filtered into the dark and drafty structure. The balcony that Drennan fondly remembers is gone — torn out when the building was gutted along with almost all other signs of its glory days.

There’s no flooring, no stairs, no concession stand. The plush red carpets and dramatic curtains are a memory. The general movie-house footprint is all that remains.

But there are small reminders of what once was: the slight slope of the exposed floor beams as they descend toward the remnants of a stage, the exposed plumbing from two rectangular restroom insets in the foundation, and a large wooden box of rusted gears propped above a small basement.

Near the stage, for those brave enough to walk atop a long plank laid over the gutted floor, one finds a red “R” resting on the dirt under thick cobwebs.

“It was one of the letters from the marquee, I’m sure,” said Al Stanford Jr., whose family owned the Fox for many years. “We kept those behind the screen. The later ones were red plastic, and the ones before that were black metal.”

The Fox building was built in 1922 as a Veterans of Foreign War legion hall with club rooms, according to city documents from the 1980s stored at the Paso Robles Historical Society. It had Western false-front-style architecture and underwent several redesigns over the years.

After the legion hall, it was a store and a café until it was remodeled again in 1941 to become the HiHo Theatre, the documents say.

Paso Robles resident Cliff Tucker recalls in his book, “Paso Robles California, 1930-1950: When Highway 101 Ran Through My Hometown,” that the building was home to the Paso Robles Café and “also a bakery called Dainty Maid.”

Tucker said when the building housed the HiHo, the venue was the second theater in town. The much larger and lavishly decorated T&D Theatre on 12th Street had been operating since 1931.

Old photographs of the HiHo show its large marquee outside facing Spring Street. The illuminated sign had a small rainbow arch at the top, a feature that’s missing from the Fox marquee.

When Tucker, 88, spoke to The Tribune last week, he said he remembers watching a black-and-white film at the HiHo when he was about 15 years old in the early 1940s.

“I only went there one time,” he said. “You walked in and went up real steep steps, and you were sitting in a small theater, only about half of the seats that the T&D Theater had. I think it was a Marx Brothers picture. It seems to me, I remember it was a funny one.”

In 1957, Gilliss said the venue became the Fox Theatre. For many years, it was owned and operated by the Stanfords, who also owned the Oaks Drive-In off Theatre Drive in Paso Robles where a Target is now. Stanford, now 57 and an Atascadero resident, said he grew up at the Fox and worked all the different jobs there.

“It was very rewarding growing up that way. Very different from the norm,” he said. “I was a janitor, a ticket-taker, operated the projector and ran the snack bar — everything. We made our own popcorn at the drive-in, and we would bring that in and keep it warm at the Fox.”

Movie patron Herb Eash, 44, lives in Washington state now but remembers growing up in Paso Robles and spending many days at the Fox in the late 1970s and ’80s.

“It was awesome. It had two levels, and you could go to the second level and hide as a kid or take dates when you were older. Ninety-nine cents for a ticket,” he said. “I loved it. It was the only theater I went to.”

Eash recalled lining up three blocks away from the entrance to see the original “Star Wars.”

He recalled in detail the theater’s plush red seats, how an unlocked door to the projector room meant a coveted peek inside — “you could see the film rolling” — and the anticipation he felt when the big red curtain would be hoisted to unveil the movie screen before a show.

About 20 years before Eash visited the Fox, Drennan was among the youngsters who saw movies there as a child.

Drennan, who now lives in Grass Valley, said he loved seeing the 1956 film “Rock Around the Clock,” featuring Bill Haley and His Comets.

“I remember Mom dancing in the aisles to the music when she was an usher,” he said with a laugh.

His mother, the late Doris Drennan, worked part-time at the Fox as a ticket-taker and usher.

“There was one movie I saw five days in a row because Mom couldn’t get a babysitter — a space movie. I don’t remember the name. But on the weekends, they would have matinees for the kids. You could get two shows for the price of one with an intermission. I remember getting in for 50 cents when I was maybe 10 years old,” he said.

The Stanfords eventually sold the Fox, and several locals say it closed in the mid-1980s. A fire blazed through its concession area in 1985 shortly after the business had already shuttered.

Aside from the initial price tag, any future plans for the building will require it to be structurally reinforced.

It also needs to be brought up to code, city officials say, and a structural analysis would be required before any plans could go forward.

The building is not listed on the city’s registry of historic buildings, though city planners say the marquee out front has historical significance and would need to be evaluated. The building also isn’t on the city’s list of unreinforced masonry buildings that require earthquake retrofits.

The single-story structure is approximately 3,700 square feet. It also can be renovated as a two-story facility to create about 6,000 to 7,000 usable square feet, Gilliss said.

Getting any business in that space again would be ideal, said Norma Moye, who runs the Downtown Paso Robles Main Street Association and also has fond memories of the theater.

“Everybody has been wanting something in there,” she said. “We don’t like empty buildings.”